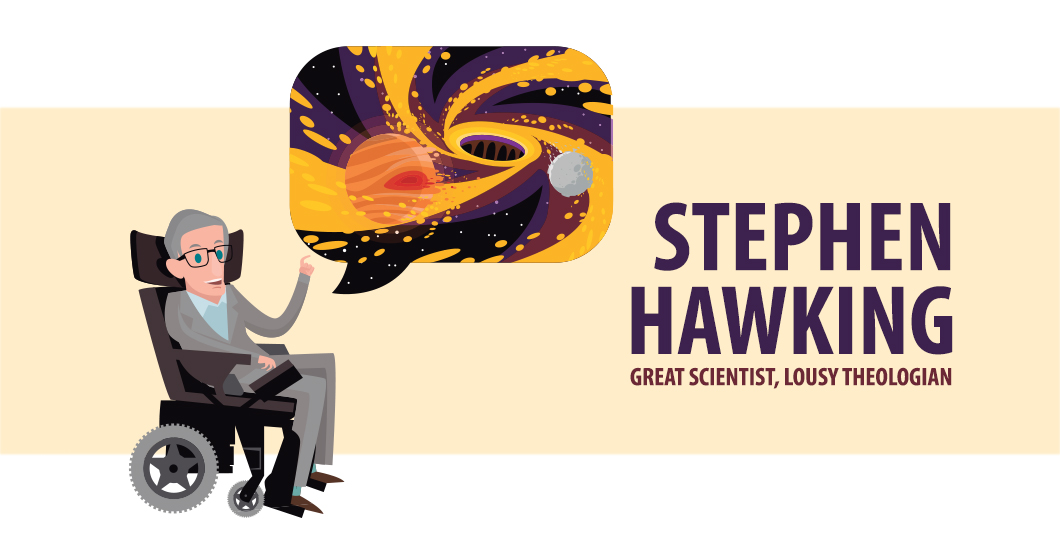 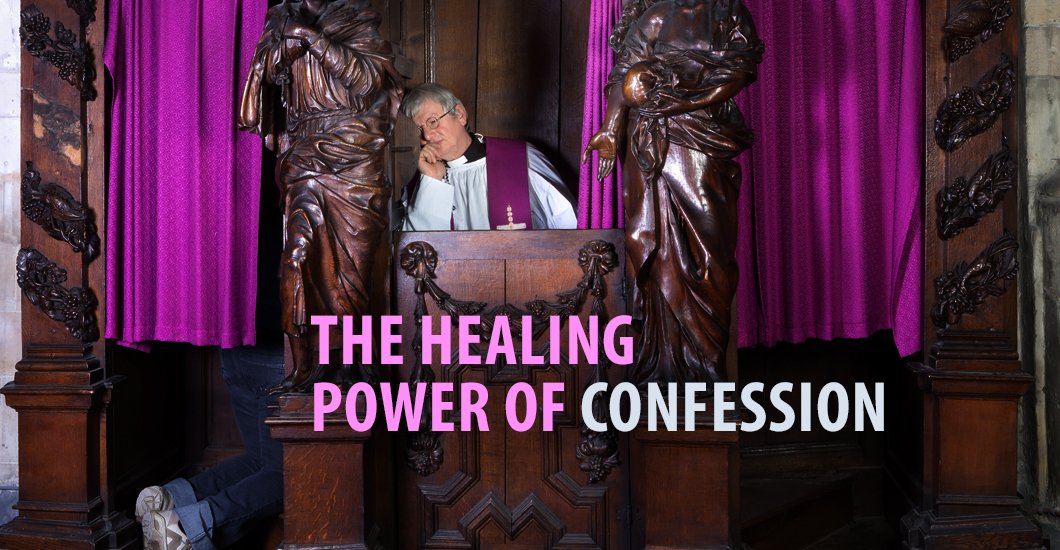 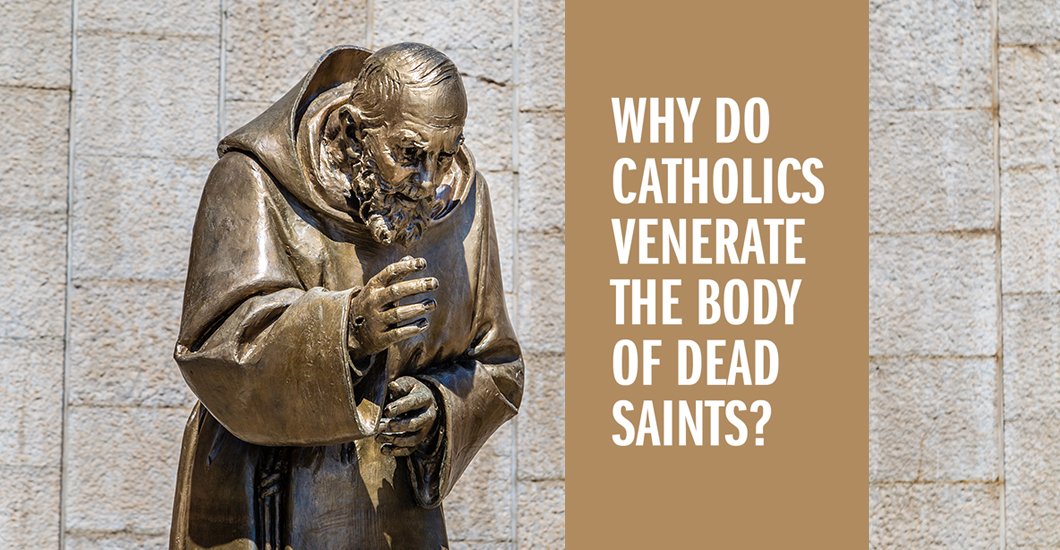 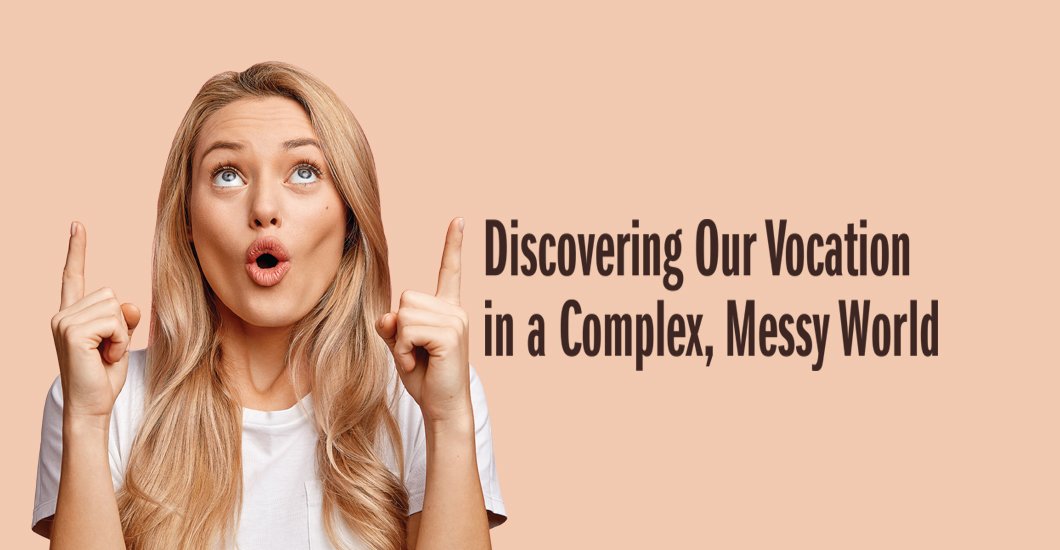 Stephen Hawking was a great theoretical physicist and cosmologist, perhaps the most important since Einstein. It is only right that his remains have been interred alongside those of Isaac Newton in Westminster Abbey. Furthermore, he was a person of tremendous courage and perseverance, accomplishing groundbreaking work despite a decades-long struggle with the debilitating effects of Lou Gehrig’s disease. By all accounts, he was man of good humor with a rare gift for friendship. It is practically impossible not to admire him. But boy was he annoying when he talked about religion!

In the last year of his life, Hawking was putting the finishing touches on a book that is something of a follow up to his mega-bestselling “A Brief History of Time.” “Brief Answers to the Big Questions” is a series of short essays on subjects including time travel, the possibility of intelligent life elsewhere in the universe, the physics that obtains within a black hole and the colonization of space. Chapter one is entitled simply “Is There a God?” To the surprise of no one who has been paying attention to Hawking’s musings on the subject the last several years, his answer is no. To anyone involved in the apologetics or evangelization game this is, of course,depressing since many people, especially the young, will say, “Well, there you have it: the smartest man in the world says that God does not exist.” The problem is that one can be exceptionally intelligent in one arena of thought and actually quite naïve in another. This, I am afraid, is the case with Stephen Hawking who, though uniquely well versed in his chosen field, makes a number of blunders when he wanders into the domains of philosophy and religion.

Things get off to a very bad start in the opening line of the chapter: “Science is increasingly answering questions that used to be the province of religion.” Though certain primitive forms of religion might be construed as attempts to answer what we would consider properly scientific questions, religion, in the developed sense of the term, is not asking and answering scientific questions poorly; rather, it is asking and answering qualitatively different kinds of questions. Hawking’s glib one-liner beautifully expresses the scientistic attitude, by which I mean the arrogant tendency to reduce all knowledge to the scientific form of knowledge. Following their method of empirical observation, hypothesis formation and experimentation, the sciences can indeed tell us a great deal about a certain dimension of reality.

They cannot, for example, tell us a thing about what makes a work of art beautiful, what makes a free act good or evil, what constitutes a just political arrangement, what the features of a being qua being are and, indeed, why there is a universe of finite existence at all. These are all philosophical and/or religious matters, and when a pure scientist—employing the method proper to the sciences—enters into them, he does so awkwardly, half handedly.

Let me demonstrate this by drawing attention to Hawking’s treatment of the last issue I mentioned— namely, why there should be a universe at all. Hawking opines that theoretical physics can confidently answer this question in such a way that the existence of God is rendered superfluous. Just as, at the quantum level, elementary particles regularly pop into and out of existence without a cause, so the singularity that produced the big bang simply came to be out of nothing, without a cause and without an explanation. The result, Hawking concludes, is that “the universe is the ultimate free lunch.”

The first mistake—and armies of Hawking’s followers make it—is to equivocate on the meaning of the word “nothing.” In the strict philosophical (or indeed religious) sense, “nothing” designates absolute nonbeing; but what Hawking and his disciples mean by the term is in fact a fecund field of energy from which realities come and to which they return. The moment one speaks of “coming from” or “returning to,” one is not speaking of nothing! I actually laughed out loud at this part of Hawking’s analysis, which fairly gives away the game: “I think the universe was spontaneously created out of nothing, according to the laws of science.” Whatever you want to say about the laws of science, they are not nothing! Indeed, when the quantum theorists talk about particles spontaneously popping into being, they regularly invoke quantum constants and dynamics according to which such emergences occur.

Again, say what you want about these law-like arrangements, they are not absolute nonbeing. We are compelled to ask the question why should contingent states of affairs—matter, energy, the big bang, the laws of science themselves—exist at all? The classical response of religious philosophy is that no contingency can be explained satisfactorily by appealing endlessly to other contingencies. Therefore, some finally noncontingent reality, which grounds and actualizes the finite universe, must exist. This uncaused cause, this reality whose very nature is to be, is what serious religious people call “God.” None of Hawking’s speculations—least of all his musings about the putative “nothing” from which the universe arises—tells against this conviction.

I actually rather liked Hawking’s last book. When he stayed within the confines of his areas of expertise, he was readable, funny, informative and creative. Yet, I encourage readers to take him with a substantial grain of salt when he speaks of the things of God.

Bishop Robert Barron is the founder of Word on Fire Catholic Ministries and Auxiliary Bishop of the Archdiocese of Los Angeles. Bishop Barron is a #1 Amazon bestselling author and has published numerous books, essays, and articles on theology and the spiritual life. Bishop Barron’s website, WordOnFire.org, reaches millions of people each year, and he is one of the world’s most followed Catholics on social media. 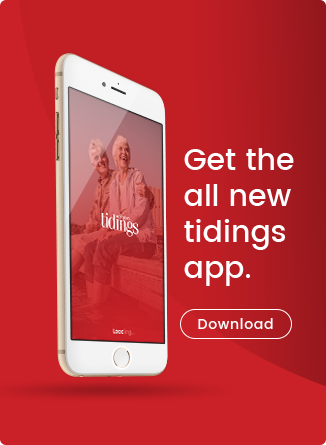 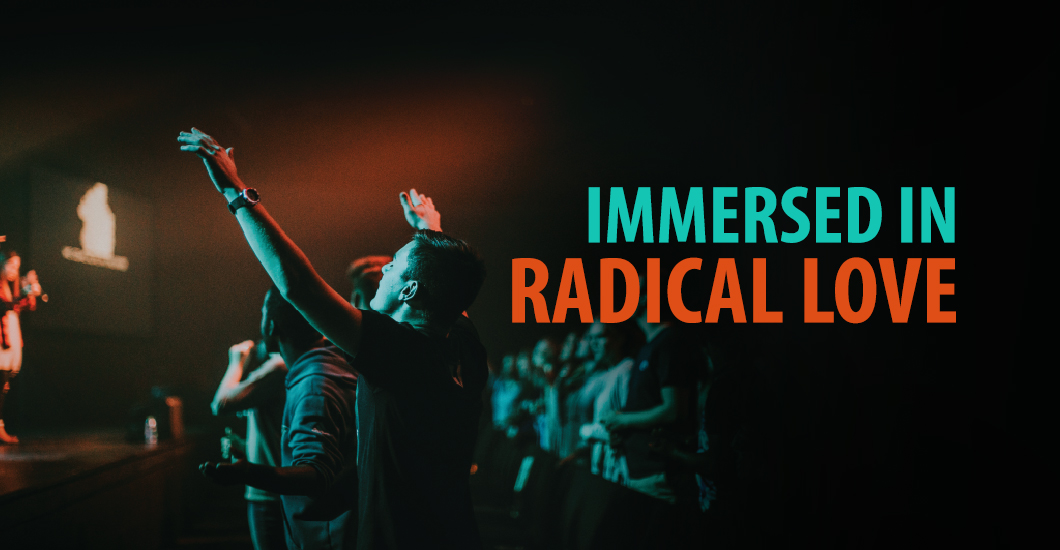 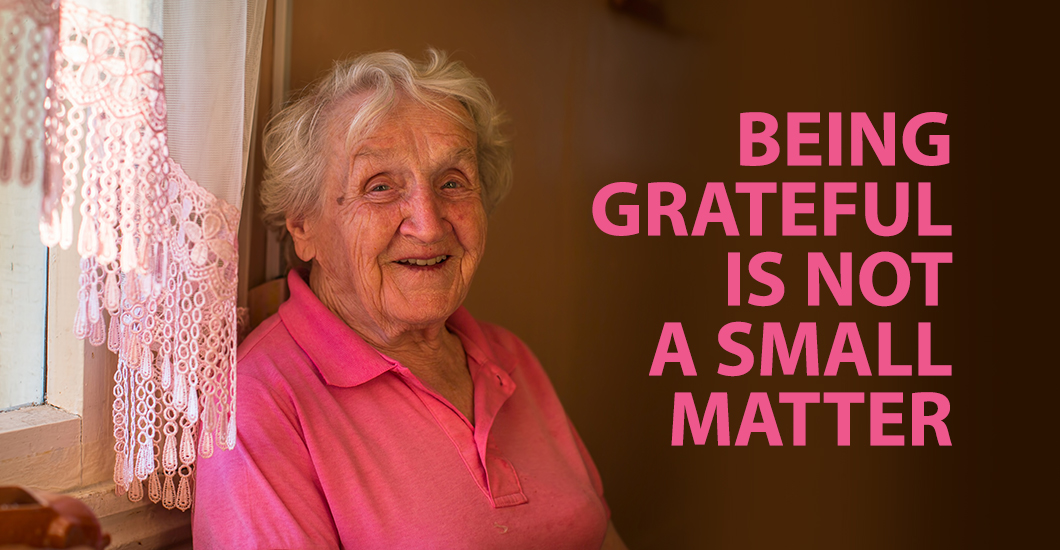 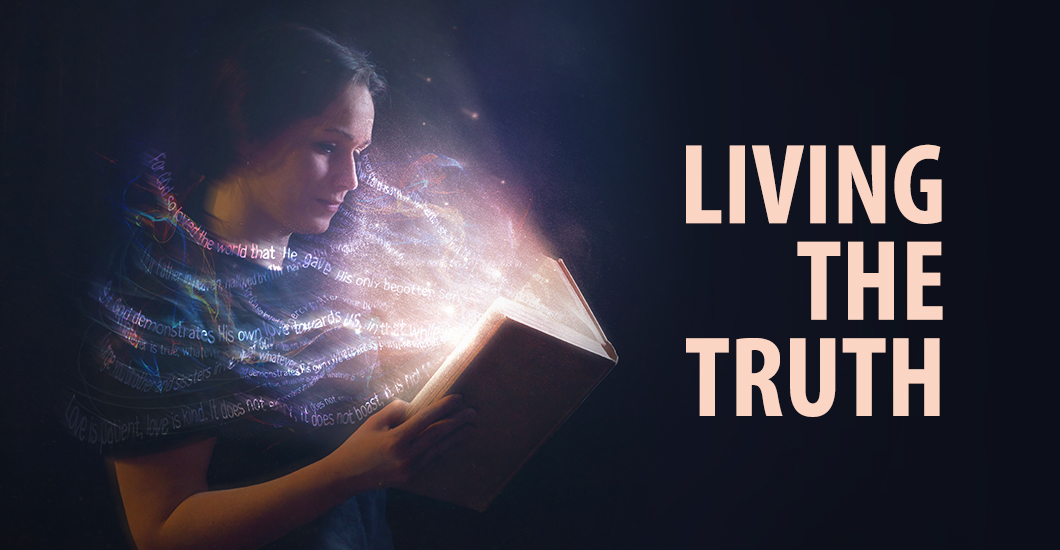 I do not know exactly, what has been happening in my life lately, except this: spiritual darkness has been lifted from my heart and mind, and I am able to rebuke the enemy when I start feeling discouraged or anxious. I have learned so much these past several months about spiritual warfare and deliverance. But I think the most beautiful aspect of God’s mercy is that Our Lady has been so instrumental in my healing. What I learned pertained specifically to the way I had been living for decades: in fear, shackled by some invisible force I never could identify. Because this had been oppressing me for so long, I accepted it as part of my own personality. It had become so familiar to me. Then I began praying daily to Our Lady of Sorrows. I asked her to help me see what my primary defect was and how to root it out in my life. Then I asked her to help me see truth and live in it, dispelling the lies and darkness from my life. Shortly thereafter, she answered my prayer. I saw who I was—a beloved daughter of God— and noticed the lies creeping in my psyche were coming from the enemy. I began praying the ‘Prayer against Oppression’ and ‘Prayer against Generational Spirits’ every day. About three weeks after I incorporated this into my daily devotions, I literally felt something lift. It was as if this burden I had been carrying, this heaviness, was just gone. It broke, and it was palpable. I looked at patterns in my life, and I noticed for the first time that I had always lived under this black cloud of fear. Fear had been the guiding force in my life. It dictated to me from a young age what I would not do, could not do, and was unworthy of doing. It held me back from experiencing true inner freedom and peace in the Lord. Not only that, but nearly all of my relationships, both personal and professional, had been severely affected by misunderstanding, betrayal, slander, and lies. I began writing down every person in my life, from childhood to the present day, on a sheet of paper and prayed to forgive each one of them by name. Once again, it was as if the floodgates of God’s mercy opened up, and I saw more and more areas of my life that needed healing. Much of this was what prompted me to study the virtue of fortitude. In order to combat our primary defect (and mine is fear), we have to also foster its opposite virtue (in my case, fortitude). There is so much deep work involved in this, but it is worth every intense moment. I say this as a woman who is able to tackle the ordinary obstacles of family life, as well as the truly troubling times, with greater hope and strength. In the past, I would always buckle under fear. I would succumb to discouragement and fall into a dark depressive state for a brief period of time. Now, the discouragement is not as intense, and I know how to do battle with it in the mind. As a result, I am better equipped to cooperate with God’s grace in getting through the struggles and trials with greater hope and trust in Him. I share this with you, because I want you to know that you are not alone. Your particular struggles can be fought with the spiritual weapons available: Holy Mass, the Rosary, Eucharistic Adoration, Confession, and— yet—deliverance prayers. Do not be afraid to begin your journey of spiritual healing of wounds by way of praying specific prayers approved by the Church for the laity. There is so much more that God wants to give you. 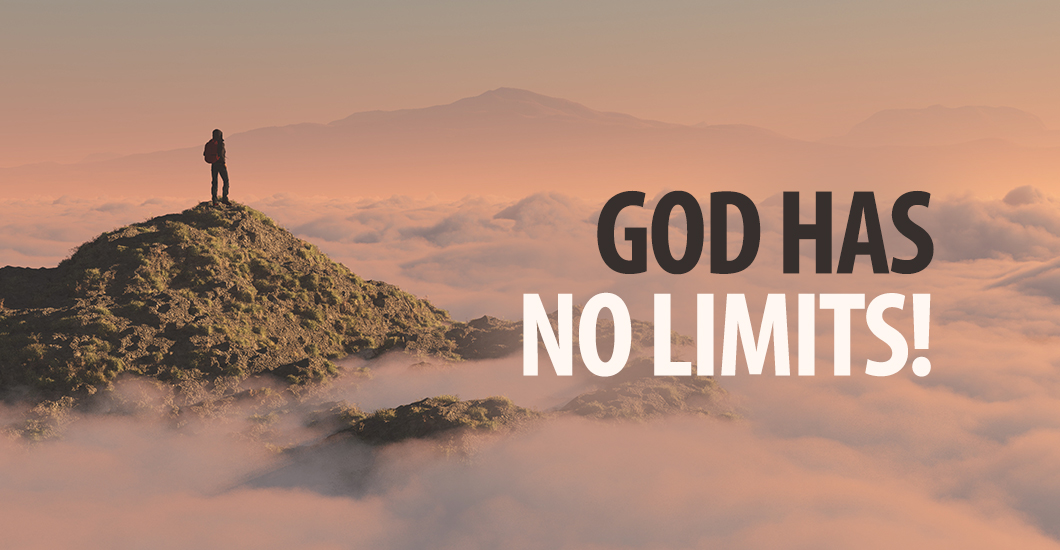