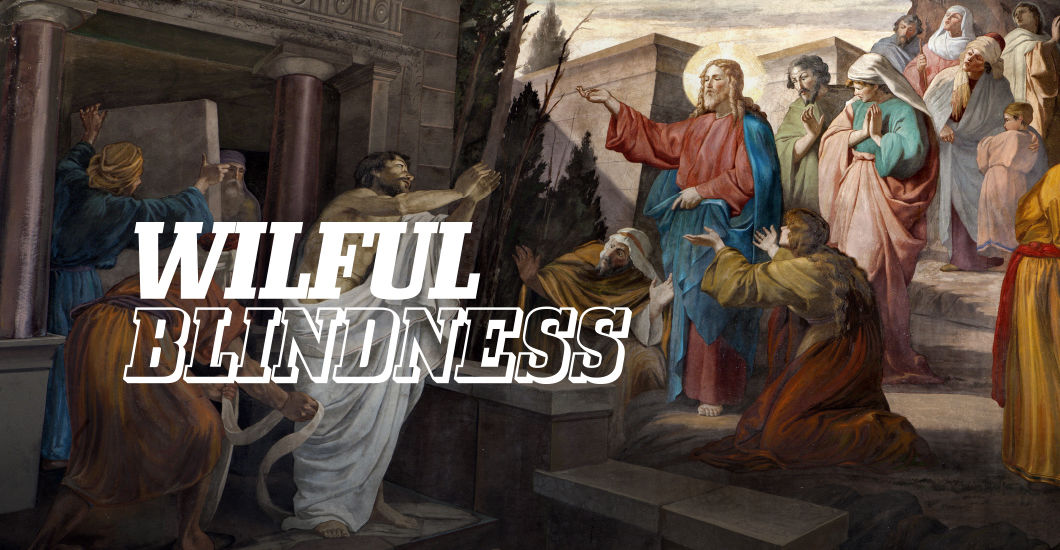 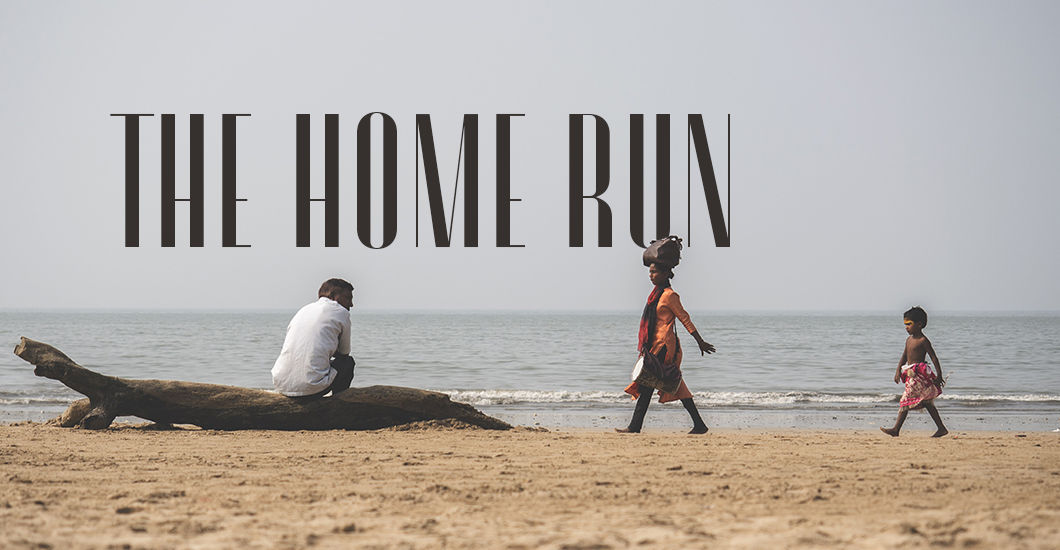 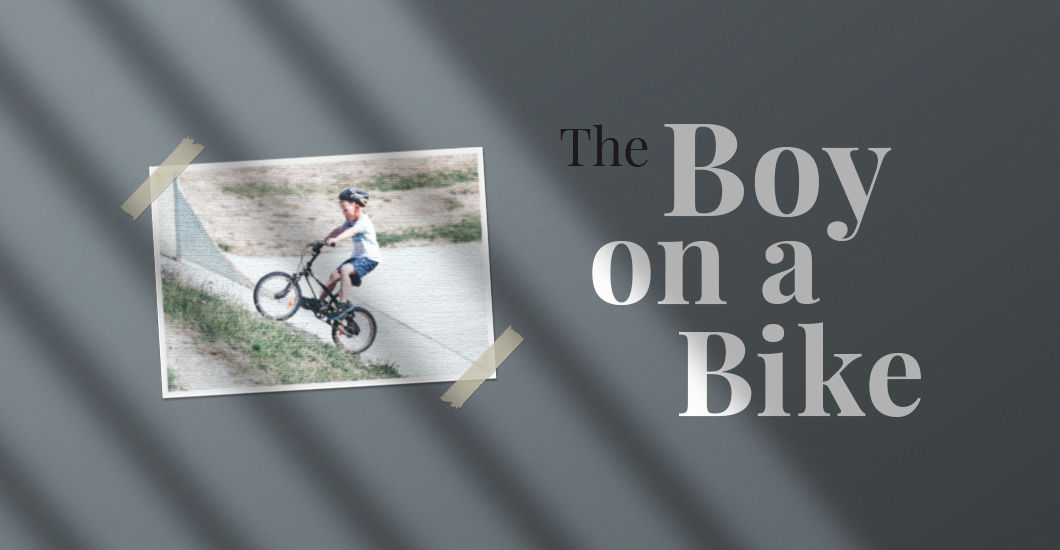 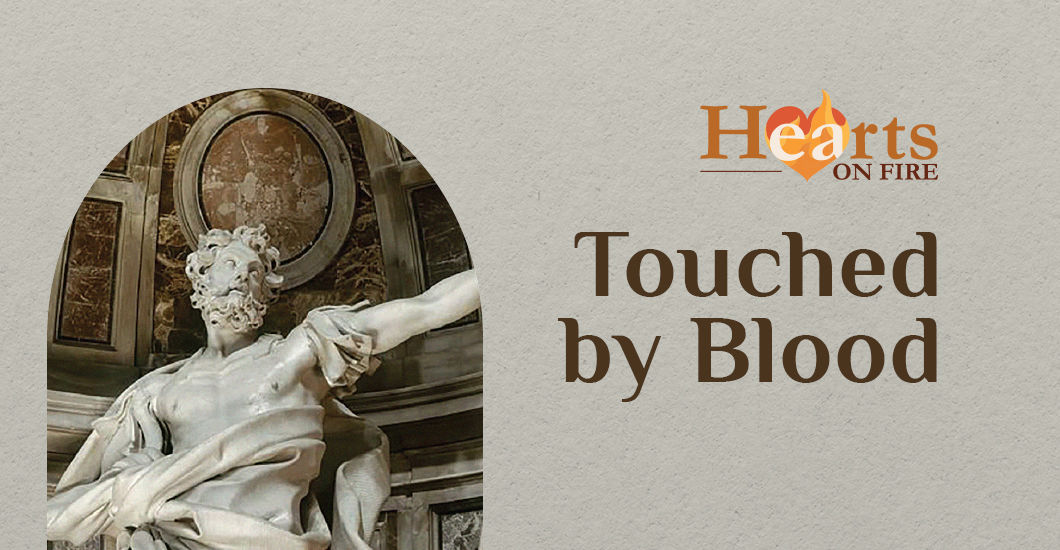 ‘He cried with a loud voice, “Lazarus, come out!” The dead man came out, his hands and feet bound with strips of cloth, and his face wrapped in a cloth. Jesus said to them, “Unbind him, and let him go.”

Many of the Jews therefore, who had come with Mary and had seen what Jesus did, believed in him. But some of them went to the Pharisees and told them what he had done. So, the chief priests and the Pharisees called a meeting of the council, and said, “What are we to do? This man is performing many signs. If we let him go on like this, everyone will believe in him, and the Romans will come and destroy both our holy place and our nation”’(John 11:43-48)

I could never understand how the chief priests and Pharisees responded to witnesses reporting such a mighty miracle. How could they ignore the obvious conclusion? They could not deny the miracle. Instead, they adopted the absurd policy of denying the one who performed the miracle! Ironically, they were trying to save the man-made tabernacle (holy place) by destroying the true tabernacle (Jesus).

Why couldn’t they recognize the Saviour they had long awaited? The answer is simple: They didn’t want to! Accepting Jesus as the Christ could cost them everything, so they wilfully closed their eyes to the Truth!

Whenever we choose comfort and turn a blind eye to the Truth (knowingly or unknowingly), we are in the company of these people. Wilful blindness is a deeprooted problem in many of us.

Is it a Right to remain Ignorant?

Mr. M is a hardcore atheist. He says he believes in Science, but purposely avoids anything which Science struggles to explain. His wilful blindness doesn’t allow him to see things on their own merits. Everything is filtered through his ‘I know there is no God’ lens.

Lately, I started recognising some ways in which I am wilfully blind. As an example, last week, a policeman stopped my car to test my breath for alcohol. As a non-drinker, I always considered myself a safe driver who doesn’t pose a danger to others. However, although my alcohol level is always zero, I have sometimes failed to get enough sleep before taking the wheel. A drowsy driver is as dangerous as a drunken driver!

Wilful blindness can affect how a faithful Christian interprets Scripture. That is why it says the Gospel I read is my own gospel. Antony reads Antony’s gospel; Joseph reads Joseph’s gospel and Mary reads Mary’s gospel! Each one interprets the Scriptures in their own way! We tend to give greater importance to verses that give us comfort and overlook verses that could challenge us! For example – A nondrinker who sees the warning against the ‘drunkard’ and ignores warnings against other sins is wilfully blind. A husband who sees the ‘submissive wife’ in Scripture but misses the Christ-like husband, who must love his wife and give himself up for her, is also wilfully blind (and vice versa).

A preacher I know used to quote Luke 12:32 which says,“Do not be afraid, little flock, for your Father has been pleased to give you the kingdom”. Every time, attendees responded with familiarity. Then, he would ask whether anyone knows the very next verse. Nobody could ever answer the question. It says, “Sell your possessions and give to the poor”. The first verse is, in fact, a pre-assurance that we need not fear to do the latter, but we tend to ignore the whole message and stick to what is comforting. This is wilful blindness.

Eyes become useless when the mind is blind

Two thousand years ago, during His trial, Jesus told Pilate that He came into the world to testify to the Truth. Everyone who belongs to the Truth, listens to His voice. Even though Pilate asked Him to clarify this statement, he didn’t pursue his question. He probably knew that knowing the Truth would hinder him from what he was about to do. He had to turn a blind eye towards the Truth to keep his position and reputation.

Can we do a better job? In fact, it doesn’t need a great effort on our part! We simply need to turn our eyes to the Lord and keep them open. He, the Light of the World, will come into our hearts to illuminate the darkness so we can see clearly.

©Antony Kalapurackal serves in the Editorial Council of Shalom Tidings. Antony lives in Brisbane with his wife Vinita and children Abiel, Ashish, and Lucina. 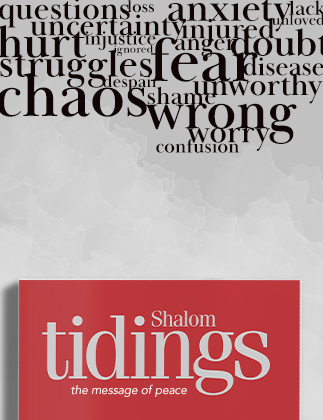 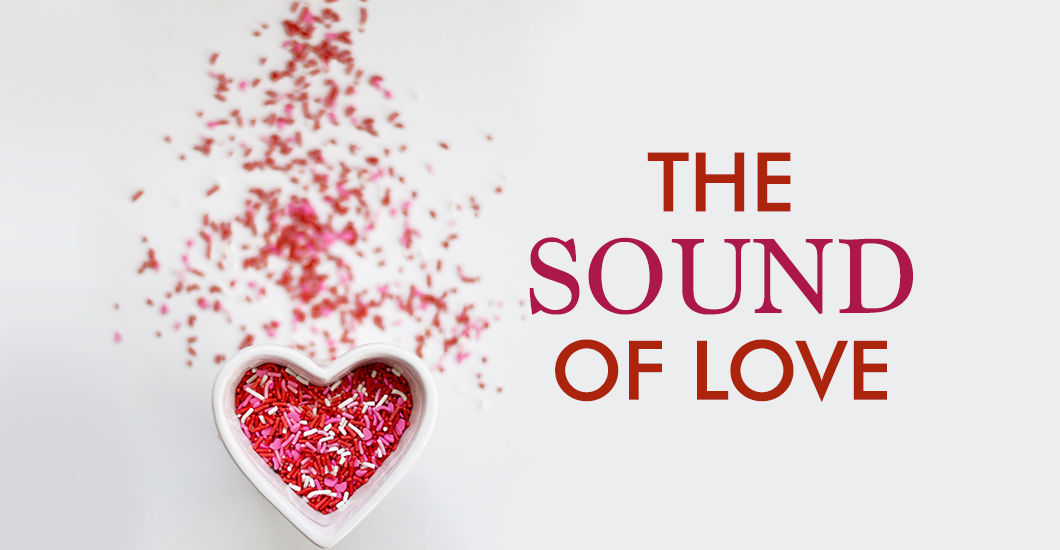 The simple and tender words of Jesus instructing us to “love one another as I have loved you” have taken on a deeper meaning for me over the past few weeks as the coronavirus has spread throughout the globe. I have witnessed love of neighbor in action from every end of the earth, and in my own backyard. And if this love had a sound, that sound would be silence: quiet classrooms, empty offices, and desolate parks. The silence is powerful. It is the sound of love. It is the sound of Isolation, sacrifice, and self-denial for the health and safety of humanity. What a beautiful movement in a defining moment. Odd as it may sound, there is an immeasurable amount of beauty in all this suffering we face. As I look in my daughter’s closet and see her dresses for prom and graduation hanging up, now never to be worn, I can’t help but feel a twinge of pain and sadness for the memories she and so many others will never create. But she is living in a moment she will never forget. A moment that none of us will ever forget --when the world came together and love spread faster than a virus. That is the most extraordinary memory to keep. That is what makes this time of pain and loss extraordinarily holy. Like many people, I hope that when love and prayer and science conquer this pandemic, life does not return to normal. I pray kindness and compassion will continue to overflow this earth. I pray the pain, sacrifice, and hardships we are all enduring softens us – softens our hearts, our actions, our thoughts. I pray that each of us will appreciate our blessings in life a little more, that our faith will become a little deeper, that our love for each other will grow a little stronger. My hope is that the little things in life become the bigger things in life, as our appreciation for everything around us flourishes. I pray that we fully understand what it means to love each other as Jesus loves us and actively live this love, because we are all in this beautiful life together. 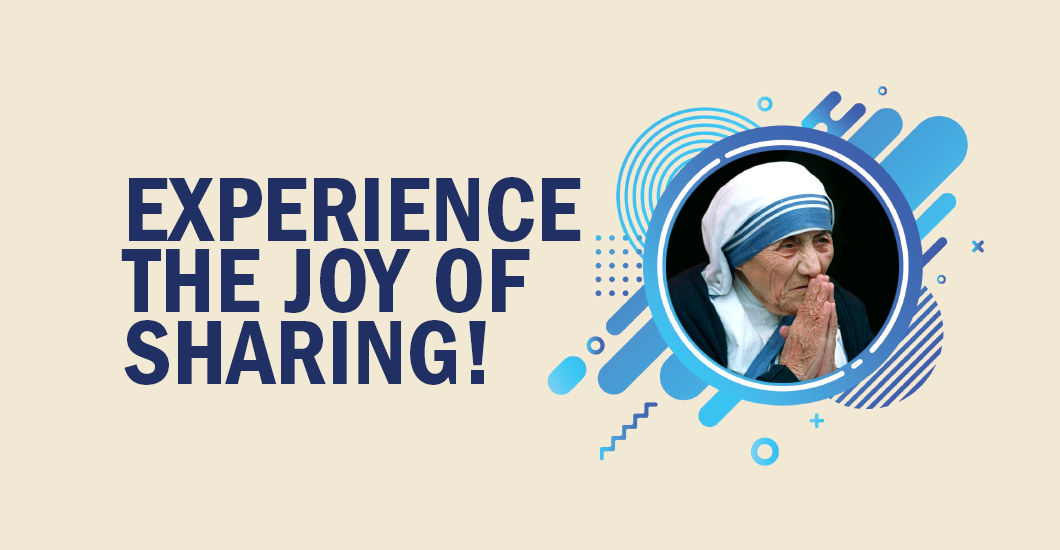 I had the most extraordinary experience of love of neighbor with a Hindu family. A gentleman came to our house and said, “Mother Teresa, there is a family who has not eaten for so long. Do something.” So, I took some rice and went there immediately. When I saw the children, their eyes were shining with hunger. I don’t know if you have ever seen hunger, but I have seen it very often. The mother of the family took the rice I gave her and went out. When she came back, I asked her, “Where did you go; what did you do?” She gave me a very simple answer: “They [a neighbor family] are hungry also.” What struck me most was that they were a Muslim family. And she knew. I did not bring any more rice that evening, because I wanted them - Hindus and Muslims - to enjoy the joy of sharing. Those children were radiating joy - sharing their joy and peace with their mother because she had the love to give until it hurts. You see this is where love begins - at home in the family.” [Excerpt from “A Call to Mercy” by Mother Teresa] This happened at a time when religious violence was prevalent in India, and thousands of people died in the riots between the Hindu and Muslim communities. The unselfishly generous gift this poor woman unhesitatingly gave to her hungry neighbors, who happened to be a Muslim family, deeply touched Mother Teresa. She often looked to the poor; for their love was simple and their hearts were full of joy. Mother Teresa invites us to learn from the poor and receive their joy by sharing our blessings generously. “Not all of us are called to do great things. But we can do small things with great love.” Mother Teresa 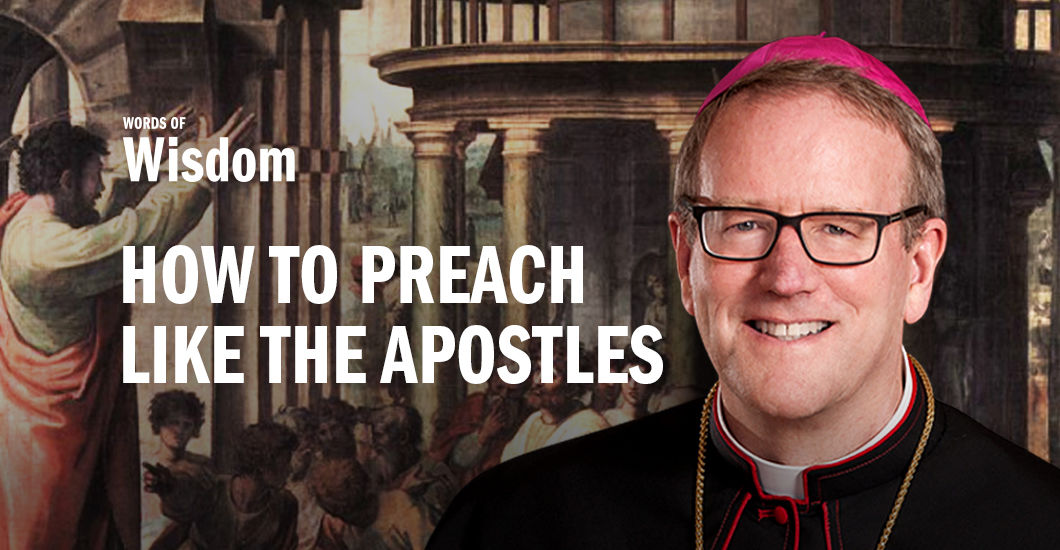 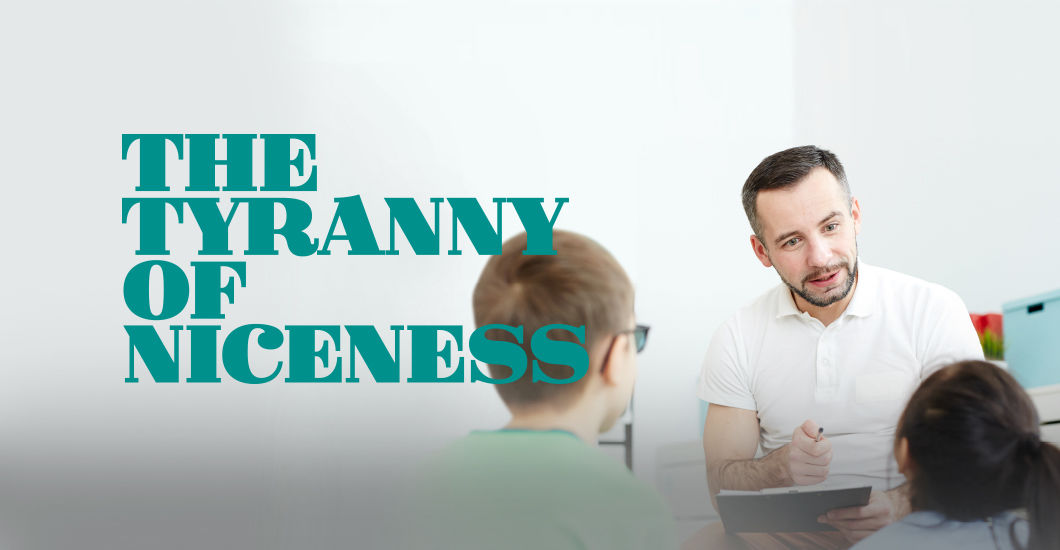